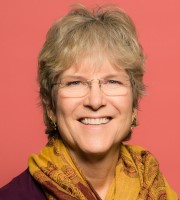 I had a lumpectomy in late August of 2016 with removal of 2 lymph nodes for pathology. My cancer was stage 1 with no lymph node involvement. I knew of the connection between breast cancer and lymphedema only minimally from being a nurse. I asked the surgeon at my post-op visit about precautions and he said I should have very little chance of getting lymphedema. That was all he said. I felt very relieved and believed that he would know about the risk of lymphedema with the type of surgery I had so I probably shouldn’t worry about it. Still at my regular physical with my internist, I tried to stop him taking a blood pressure in that arm as it is his usual practice to check blood pressure in both arms; he brushed off my concerns and did it anyway.

Later after I returned to work one day, I looked at my arms and I thought “is my left arm bigger”? I asked my friend and she said she thought it was. The problem was I had previously had a loss of subcutaneous fat from the lower part of my right arm after a cortisone injection in my wrist so it was very skeletal looking. I felt they may have always been different and I couldn’t be sure. When I looked again over the next couple of days I decided it wasn’t swollen. I really wish I would have had a baseline measurement done pre-surgery.

When I went to my oncologist about 2 months after this I asked about lymphedema and she said the same thing as my surgeon “you shouldn’t be at risk.” After radiation and going back to life in December of 2016, I noticed a small indentation in my left wrist from my watch after exercising. I thought it was odd but it went away within hours. In January, it happened again and the indentation didn’t go away as fast. I became alarmed and stopped wearing my watch on that arm. I also had 2 or three times when I would become aware of a heavy painful feeling in my left arm. Both times my first reaction was to think “am I having a heart attack?” and then immediately realize that I couldn’t be and decide I must have overused my arm and it was just muscle strain. I now realize it was the beginning of my lymphedema.

Then sometime in February I cut my thumb while cooking. Because of the previous swelling episodes, I was very concerned and covered the cut with antibiotic ointment and a Band-Aid but when I went to work I had to repeatedly wash my hands as usual and the band aid came off. At the end of the day my arm was very swollen; the veins were no longer visible; and the bony prominences in the wrist and elbow were less distinct.

I had a 6-month checkup with the surgeon at the beginning of March. I showed him my arm and said I thought I had lymphedema and he said he could see that I did. He made a comment under his breath to the effect of “you of all people shouldn’t have lymphedema.”

I asked him for a referral for treatment and he said they didn’t have a lymphedema (LE) therapist there at the Revlon Breast Center at UCLA. He said the one they refer to was in the South Bay and it would be too far away for me. He said I should do a Google search for a LE therapy in my area but to be sure to get one who was occupational therapy trained and not physical therapy trained because they were better.

I felt very lost. When I started looking for lymphedema therapists online only 2 places came up. One was a private clinic specializing in women’s physical therapy. The other was a hospital farther from my house and in a poorer part of town. I only knew to ask if the physical therapist (PT) was certified and both said they were. I made an appointment with both but neither could take me for 3 weeks. I was in a panic because I thought if I didn’t get treated and the swelling increased, my arm would never return to normal. I knew I needed to start wearing a compression garment but I couldn’t until the PT measured me for it.

I went into the same panic mode that I had with the cancer diagnosis. I did hours of research online trying to learn everything I could about lymphedema and how it was treated and the prognosis. None of it was pretty. The articles all said it was incurable and progressive and showed pictures of horribly swollen limbs with lumpy, leathery skin. They told of chronic cellulitis and lack of usability of the limb. No description of how long it took to advance and if stability could be maintained with proper care. Did people stay at stage 1 or 2 for months, years? No one talked about that. Did the initial amount of swelling give any indication of how fast it would progress or how large the limb would become? Could an arm ever be returned to normal size? Why did some people have swollen hands and not others? I think I would have been relieved if someone had just said there is no way to know and just doing the self- care and praying for the best was all you can do. But I felt there was an answer out there and no one was telling it to me. Even when I started working with a Certified Lymphedema Therapist (CLT), I couldn’t get answers from my therapist. I later realized that the therapist I was seeing at the private PT business didn’t specialize in lymphedema and just took a course to learn the massage techniques.

I learned a great deal from videos of Dr. Rockson. Lymphedema was not caused by a simple physical damage causing blockage of flow. It was an inflammatory response to an assault on the lymphatic system. The lymph vessels become lined with T cells from the inflammation which caused the peristaltic action of vessels to slow or stop and suppressed the body’s ability to create new lymph vessels. The slowing stops the flow of lymph making it begin backing up causing pressure on the walls of the vessels further traumatizing them and increasing the inflammation. The back pressure eventually causes so much damage that the vessels blow out and scar over and don’t pump at all. The back-flow leaves stagnant lymph in the tissues that is caustic to the tissue and the body lays down fat and scar tissue to protect itself. This becomes a honeycomb of space for stagnant lymph where bacteria can live almost completely out of the reach of antibiotics.

I also saw some videos about “new” microsurgeries to try to help reduce the load of stagnant lymph fluid either by giving it a pathway to the venous system with Lymphaticovenous Anastomosis (LVA) or new lymph vessels created by a vascularized lymph node transfer.

Not having any idea what kind of outcome I could expect from massage and compression but not seeing my arm return to normal with 2 months of treatment, I felt that the sooner I could have surgery, the better off I would be. I had LVA on July 25th, about 5 months after my physician confirmed I had lymphedema and 6 months after I had undeniable symptoms. I now have an arm that by any measure looks normal and stays that way without any type of treatment.

I still treat any minor wound with antibiotic ointment making sure it stays on it until the wound is healed; I don’t have blood pressure taken or IVs or blood drawn in my left arm; and that’s it. I don’t need compression when flying or exercising.

I have learned there are some centers trying microsurgery to reroute the cut lymph vessels when the lymph node is removed in surgery and they are having good results. There is also Oxford Lymphedema practice that is offering monitoring of lymph function with a test using indocyanine green (ICG) to visualize the lymph vessels and check how they are functioning every 3 months after surgery. Then they could do LVA even before swelling starts when there is just back flow visible and there is a greater likelihood of complete control. I believe because the benefit of surgery is so much greater the earlier it is done that everyone should be offered it at the first presentation of symptoms of lymphedema. Also, everyone should be fully educated about the risks and start treatment at the first signs and have baseline measurements taken. Maybe even start some basic self-massage immediately after surgery to keep the lymph moving.